The awesome thing about the Samsung Galaxy S Duos S7562 is that when you’re traveling to a foreign country, you can avoid roaming charges by using two SIM cards simultaneously: access the internet with a prepaid local SIM card to use the foreign network. But keep your original SIM card to, for when you return to your country. Since it was released, the Apple iPhone 4 has “suffered” a lot of system software updates, and it’s still very expensive, although it is worth the money.

The Samsung Galaxy S Duos S7562 has a 1 GHz cortex A5 processor + Qualcomm MSM7227A Snapdragon chipset, and only one variant of internal memory – 4 GB, expandable by up to 32 GB.

On the other hand, the iPhone 4 has a 1 GHz cortex A8 processor + Apple A4 chipset, but there are three variants of internal memories: 8 GB, 16 GB and 32 GB which can’t be expanded.

Both smartphones have a 5 MP primary camera (autofocus + LED flash) and a VGA secondary camera. 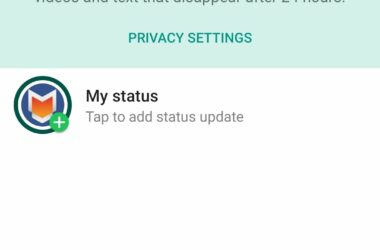 One of the most known messenger applications on Android is WhatsApp. If you are a WhatsApp user then…