The Samsung Galaxy S5 is the latest flagship model for the Korean company, which has been dominating the smartphone segment for the last couple of years.

This will be the replacement for the Samsung Galaxy S4, which has been criticized in various quarters for being unable to match the sales figures of the Galaxy S3. Samsung certainly has a lot to live up to with the Galaxy S5, but they could have a new flagship in the works sooner rather than later. Rumors state that the Galaxy Note 4 could come into the market in the next few months.

The Galaxy Note and the Galaxy S models have been dominating the Samsung lineup in the last few years. The latest flagships are a major improvement from the previous generation models in every aspect.

The Samsung Galaxy S4 already comes with a very large display, which has been just tweaked in the Galaxy S5. This model comes with a 5.1 inch display, which does not use the revolutionary edge-to-edge technology that has been expected from major manufacturers such as Samsung. However, the Galaxy Note 4 could become the first device to feature this technology since Samsung would want to get ahead of Apple in this aspect.

Despite the lack of information about the presence of this technology, one thing that can be sure that the Galaxy Note 4 will still be a significantly larger phone compared to the Galaxy S5.

This feature in the Galaxy S5 is a major improvement over the Galaxy S4 since it comes with a 16-megapixel unit. Not only is this greater in terms of megapixel count, but it also claims to offer a number of new features such as a faster autofocus mode. Samsung claims that the autofocus in the Galaxy S5 is the fastest used on a mobile phone. This camera can be expected to be carried over on the Galaxy Note 4 without many changes since it has already won rave reviews.

The Galaxy S5 comes with two different processor versions. The quad core Snapdragon unit is the processor that will be predominantly found in several parts of the world like North America and Europe. A much faster octa-core version will be sold in select parts of the world, but it will not use the Snapdragon processor. Even with a very powerful quad core unit, the Galaxy S5 cannot claim to have the much talked about 64-bit processor.

The Galaxy Note 4 could become that device that uses this extremely fast technology in the processor. This will give it a massive advantage when running 64-bit apps, which are soon set to debut on the Android Play Store. The phone is also expected to come with 4 GB of RAM compared to the 2 GB present in the Galaxy S5.

The Samsung Galaxy S5 currently retails at just over $ 600 for the International unlocked version without a warranty. The Galaxy Note 4 prices are expected to start above the $ 750 mark. 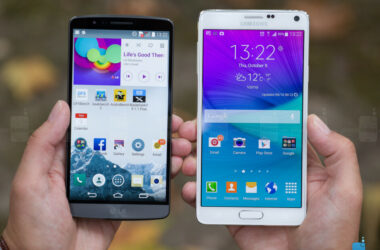 One of the coolest phones released in 2014, the LG G3, made some ways because of its advanced… 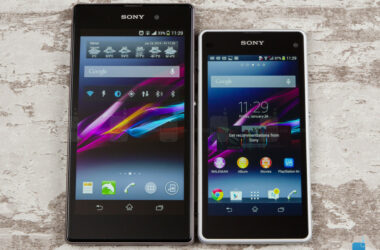 Here is presented a battle between two amazing Sony devices. Valuable information is presented for all readers that…