2014 is going to be an extremely big year as far as the release of smartphone and tablets are concerned.

One of the bigger models that will be launched this year is the Samsung Galaxy Note 4. There are a lot of rumors that are circulating in the market regarding this model and we will look at some of the key ones among them.

When Will Note 4 Be Released?

While there is no official news regarding the exact schedule for release of Note 4, but if we look at the trend followed by Samsung while launching the Note series, one can easily conclude that Note 4 is likely to hit the stores in August or September of this year.

How Much Is It Going To Cost?

Once again, there is no official confirmation as Samsung has not released the estimated price for this set. However, if the rumors and speculation are to be believed, the price will be nearly in the same range as that of Note 3. One can expect the price to stay in the vicinity of $700. Given the kind of features that you will get, the price seems to be justified.

Once again, we cannot be sure if these specifications are going to be a part of the actual model. However, as per the rumors these are likely to be the specifications that the Samsung galaxy Note 4 is going to sport.

It is believed that Note 4 will have a larger screen than Note 3. While Note 3 had a 5.7 inches display, Note 4 is rumored to have a 5.9 inches screen. The display will be 2160 PX which is going to be pretty impressive and can help you get pictures of good clarity.

One of the striking features which is going to receive commendable applause has to be the fact that this device is going to come with 4 GB of RAM. This is going to give gamers a great deal of pleasure because you will be able to play even those games that require tremendous processor speed with ease. 4 GB of RAM is an extremely impressive specification and it is sure to help you get good speed especially when you are multitasking.

If you love to download a lot of apps together, Galaxy Note 4 is definitely the best choice that you can possibly have.

If you love clicking pictures, you are most likely going to be pleased with what Samsung Galaxy Note 4 has to offer. This model comes with 20.7 megapixels rear camera which allows you to capture some of the finest shots taken with extreme clarity. Further, you have the option of 5 K video recording. Even the front camera is going to be commendable as it has 5 MP lens and you are going to enjoy taking the selfie shots. The camera also offers you the feature of LED flash and has an ISOCELL sensor as well.

Samsung Galaxy Note 4 is likely to come with an extremely impressive battery rating of 3600mAh. Even the internal storage is extremely commendable as you get 128 GB of memory and this is enough for you to store all your media files.

These are the key features that are likely to be a part of Samsung Galaxy Note 4. While most of the specifications are still a rumor, yet, we will come to know about the exact details by August or September when the Note 4 will be finally unveiled. It seems likely there is going to be immense competition in this field because too many good sets are about to be launched this year. 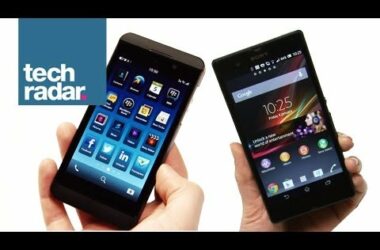 If you’re looking to buy a new smartphone, we have here a comparison between two great options you… 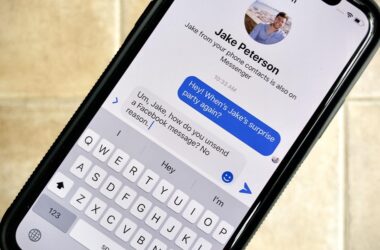 Free App for Messaging and More Facebook Messenger is a free, mobile application that enables you to text…