Competitiveness determinate rivals to improve their products, and as we all know, between Samsung and Apple there’s always been a battle of brands. Fans of both sides are anxious to buy their future released new devices. Samsung is preparing to release Galaxy Note 4 and Apple will release the latest iPhone. We’re guessing that these smartphones won’t be very cheap, at first.

After releasing the Samsung Galaxy Note 3 in September 2013, the company will probably release the Note 4 in the same month or earlier. Gamer Headlines said in a report that the Galaxy S5 included dust and water proof features, and maybe the producer will introduce these features to other Note devices.

The good news doesn’t stop here. CMNO, a Japanese blog, is guessing that the Galaxy Note 4 will be the first Samsung products that will run on a 64 bit processor. Imagine how it will work!! Anyway, the device might be equipped with an AMOLED Ultra HD screen, having a resolution of 3480×2160 pixels and 4GB of RAM, 3600-3800mAh battery and 128GB internal memory.

Ming-Chi Kuo is an analyst who made these assumptions regarding iPhone 6’s two versions 4 and 5-models that will be released this fall. It is very likely to see many variants of internal memories, 16GB, 32GB, 64GB or even 128GB.

There are other predictions regarding the processor, an improved A8 maybe? According to Apple Insider, the new iPhone will be equipped with a power management system that will allow the phone to “predict” its usage. This system will study the device’s “habits” and will adjust its performance in order to extend the battery life.

iPhone 6 will be slimmer, with rounded edges and sapphire display. 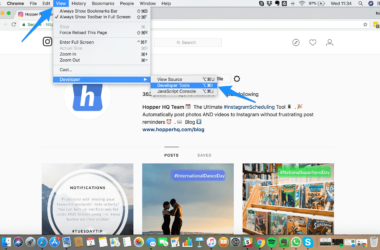 Why You Should Make the Most Out of Instagram PC?

Do you love playing with pictures? There are thousands of tools that you can get to edit your…