The HTC Desire 816 is a freshly released smartphone that comes with rounded edges, although the carcass is made of plastic. The device has BoomSound speakers, but with larger holes, unlike the M8, offering a much clearer and powerful sound. The Samsung Galaxy Grand 2 has many positive reviews, being the successor of the popular Galaxy Grand, released in 2012. But which one is better for you? We’ll compare both devices to help you decide which one is worth buying.

The HTC Desire 816 is powered by a 1.6 GHz quad core cortex A7 processor and also has a Qualcomm MSM8928 Snapdragon 400 chipset. There is only one variant of internal memory of 8 GB, but it’s expandable by up to 128 GB.

The Samsung Galaxy Grand 2 has also an internal memory of 8 GB, but it’s expandable by only up to 64 GB. The phone is powered by a1.2 GHz quad core cortex A7 processor and has a Qualcomm MSM8226 Snapdragon 400 chipset.

The HTC Desire 816 Dual Sim can be bought from welectronics.com at the price of 550 dollars. The Samsung Galaxy Grand 2 Duos can be found on amazon.com and it costs 320 dollars. 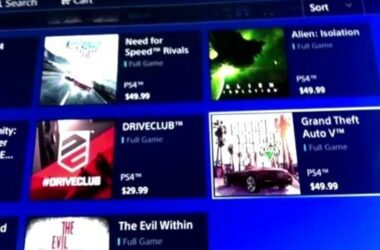 Finally, we have spotted a listing for GTA 5 on the Playstation Store and the game has been…