The third generation of Galaxy Ace was launched last year, but it didn’t “create” waves, because it wasn’t very different from the previous version. The good thing about this smartphone it was that it came with the new TouchWiz Nature UX interface. The Galaxy S3 Mini follows the follows it bigger brother’s steps, but its reduced dimension make it the perfect phone for any kind of user. We’ll compare both devices to see which one has more advantages.

The Samsung Galaxy Ace 3 comes with a 1 GHz dual core A9 processor + Broadcom BCM21664 chipset, and only one variant of internal memory, 4 GB, expandable by up to 64 GB.

On the other hand, the Galaxy S3 mini was designed to function with a 1 GHz dual core cortex A9 processor + NovaThor U8420 chipset. The device has two variants of internal memories: 8 GB and 16 GB, expandable by up to 32 GB.

These are both Android smartphones running on the Jelly Bean o.s. with 1 GB of RAM.

The Samsung Galaxy Ace 3 costs 195 dollars on amazon.com. On the same website you can find the Galaxy S3 mini 8 GB variant at the price of 184 dollars.

WhatsApp is the most popular messaging application on the mobile platform. However, with a lot of competition from… 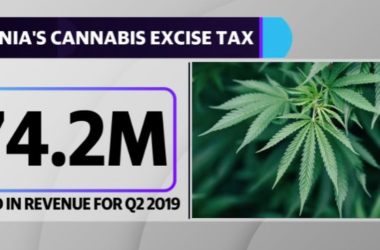 (JOPLIN, Mo.) Nearly 4,000 people made it out to the 11th annual ‘Cannabis Revival’ in Joplin Saturday, advocating for legalization of marijuana. They’re advocating for “freedom,” and they want it...