Nintendo – Can a New Console Save the Gaming Company?

Nintendo is one of the biggest gaming companies in the world.

Even though it has recently become the underdog of the gaming world, due to the poor sales of their new Wii U console, the company has not yet given up. Looking at their past history, it can easily be noticed that the corporation has managed to get out of similar situations before, but can a new console actually save Nintendo from going bankrupt?

The Wii U is one of the most unsuccessful gaming consoles the company has offered the audience to date. Trying to take a turn for the better, Nintendo has officially confirmed that a new console will be on its way in the upcoming months. In a recent interview, Satoru Iwata, president and CEO of the company said that they will be launching a new platform. He stated that even though it takes a few years before a console is developed and ready to be released on the market, the company is always prepared with having started the development process beforehand.

A thing that Nintendo is constantly praised for, is their love for the fans. Constantly trying to improve, they are always listening closely to the feedback given by the fans. This led them to achieve great successes in the past. Constantly upgrading their services and delivering new experiences to their customers, Nintendo has taken a fall with the Wii U, because the console was just not ready to hit the market. Featuring a ton of bugs and being quite expensive compared to other products offered by the company, the Wii U has nonetheless been already purchased by more than five million people. In response to questions regarding their fans, who have bought the new device, Iwata stated that the new console won’t hit the market, before Nintendo ensures that the fans who have already bought the Wii U are completely satisfied.

The release date of the new console that is to be revealed by Nintendo is yet uncertain. Moreover, when asked about further information about the console, such as its specifications, Iwata politely refused to answer the questions. With the PlayStation 4 and the Xbox One currently dominating the console market, most speculate that the new Nintendo console will feature powerful enough hardware to compete with its rivals. However there is a lot of uncertainty in the speculation and rumors going around on the web amongst fans of the companies.

Iwata further explained that the company may not be able to reveal any official information about the release date, but they are nonetheless creative and have a few tricks up their sleeve. It is uncertain as to how long Nintendo can hold up with the decrease in their console sales, before the tragedy happens and they have to file for bankruptcy. However, kept alive by their fans and with the hope of millions, the company has not quit the console war and we will certainly be seeing something new by Nintendo in the upcoming months. The question, which remains, is what this new console can be and can it save the company? 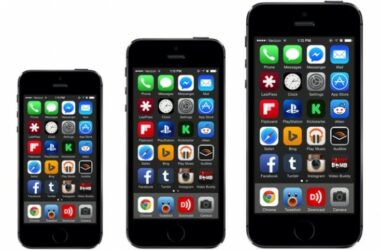