The latest flagship device from Sony – in the Xperia range – signals out a strong message to the manufacturers of smartphones in this segment.

It will be coming into the segment looking to challenge the supremacy of several phones claiming to have the best camera. The Nexus 5 is certainly not one among them, but there is such a vast difference between the two phones in terms of pricing and this makes the Nexus 5 certainly look like a value for money offering. Is it really the case after a closer look?

Some of the key features in the two cameras are the likes of the LED flash and much faster autofocusing speeds. Google and Sony have also taken extra care in order to ensure that it is possible to take a picture within a few seconds provided if one is close to the camera app. The camera opening times and shutter speed times have been reduced to almost a few seconds in both these phones. This is impressive considering that the list of features is almost endless – especially on the Xperia Z2.

The standout features – as far as camera goes – is certainly more on the Xperia Z2. Not only does it come with one of the highest megapixel count in a smartphone camera, but it also offers the ability to take slow motion videos. The Xperia Z2 is one of the few devices that is also capable of 4K video recording. It is also possible to take super slow motion videos, although it can be done only at 720p. In this mode, the presence of video stabilization makes it easy to shoot videos without the shakes, which may be more pronounced in the slow motion feature.

Front facing camera’s importance has grown over the years due to the rise of LTE calling and video calling over the Internet. The Nexus 5 and the Xperia Z2 are wide apart in this regard because the former uses only 1.3-megapixel camera compared to the 2.2-megapixel unit on the Xperia Z2. The latter is also capable of full HD video recording using this camera.

Xperia Z2’s camera is superior in terms of features and detail, while the Nexus 5 camera is more affordable. 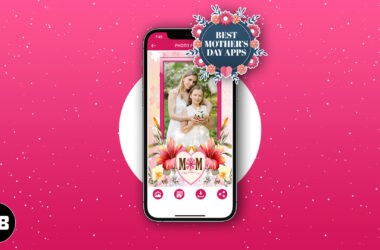 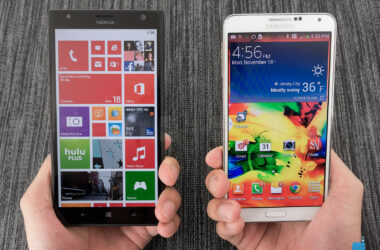 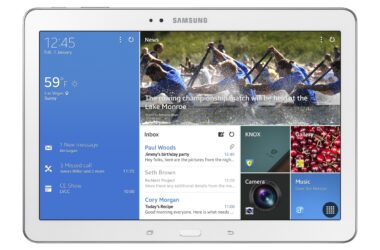 After compact smartphones, the next round of battle between the gadget giants is in the tablets war zone.…