According to some reports, Google is preparing to release the Nexus 10 2 (running on the Android 4.4 KitKat operating system) on 2014 Black Friday. Are you ready to move to the next level, or you’re not ready to say good bye to the Nexus 10 yet?

The Specs and Features of the Google Nexus 10 2

According to rumor and speculations, the Nexus 10 2 will be lighter and thinner, although it will maintain its 1.1 inch screen. Even if the dimensions will be reduced, the device’s performance won’t be affected. In fact, the tablet will be more powerful and faster because it will be equipped with a quad-core 2.3GHz Snapdragon 800 chip and will have 2 GB of RAM. The Retina-busting display resolution will be fueled by the Adreno 330 GPU.

The Google Nexus 10 2 will have LTE connectivity and users will enjoy the very fast wireless broadband while surfing the Internet. It isn’t certain if the device will come with KitKat 4.4, but it would be great to have this upgrade.

The predecessor of the Google Nexus 10 2 has a resolution of 2650×1600 inches and 299ppi, and it has a screen that is protected by Corning Gorilla Glass 2. Under the device’s hood you can find a 1.7 GHz Cortex A15 central processing unit and a quad-core ARM Mali T604 GPU. The tablet has 2 GB or RAM, a primary camera of 5 MP, and a 1.9 MP front camera, and it runs on the 4.2 Jelly Bean operating system. 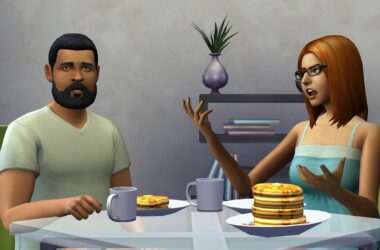 In order to enable you to run purposefully and attain high scores in Temple Run 2, there are…

Microsoft first made a tablet back in 2012, and after that, Microsoft has been keeping its promise of…