Motorola phones have dramatically picked up sales in the last few months and are now back with a bang.

Moto G was one of the first models that showed the intent of the company, which is now a part of Google. Moto G was preceded by Moto X, which failed to address some of the key requirements of a high-end smartphone. Hence, it is heavily rumored that Motorola may come in with the latest generation of the Moto X, which will be called as the Moto X2.

Motorola phones have always excelled in this regard, but there is not much to shout about in terms of Moto G and Moto X. According to rumors, nothing much is expected out of the upcoming Moto X2. This is because Motorola will be trying to provide a functional design, while concentrating more on the features. The Moto G uses a familiar large display in a candy bar shape, which has become so popular since the introduction of the iPhone.

Despite being outdone by the Moto G in several aspects, the Moto X redeems itself with 16 GB and 32 GB memory options. They are expected to be retained in the Moto X2. The Moto G, on the other hand, features only a maximum of 16 GB. The lowest variant comes with 8 GB of internal memory. Given that there is no external memory card support, it is not surprising to know that the 16 GB variant has been the most popular.

RAM is also considered as a very important component and once again the Moto X2 is expected to excel by providing the same 2 GB of RAM present in the previous generation phone. The Moto G comes with only 1 GB of RAM, which means that it is unlikely to support much greater than the 4.4 version of android in the future.

The Nexus devices used to be the smartphones that come with the android operating system without any overlays. Manufacturers like Samsung and HTC provide their own skin over the operating system in order to make them look unique. Both these Motorola phones will not feature this and this will save them a lot of RAM, which can then be used in multitasking. The Moto G originally came with the android 4.3 version, but it now supports the 4.4.2 variant.

The Moto X2 is expected to come with the 4.4 version by default.

This was a major positive aspect of the Moto X since it came with a 10-megapixel unit. It is expected to be increased to a 12-megapixel camera on the Moto X2. The Moto G, though, uses a simple five megapixel camera for photography purposes.

The Moto G is ‘value for money’ kind of a product that is priced by the company at around $ 200. However, the same cannot be said about Moto X, which retails at $ 350. The upcoming Moto X2 may be priced around the same figure. 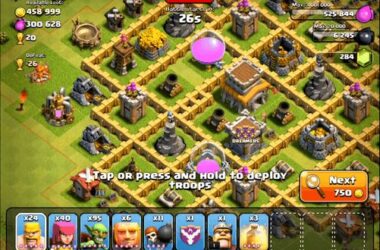 Table of Contents Hide Second day: The BattleThe War Base Today we’re going to bring you a complete…

These days it is difficult to make a big deal out of a smartphone. This is because the…