The developers of Minecraft, 4J Studios released the Title Update 16 (TU16) to Minecraft: Xbox 360 edition this Monday. Minecraft: PlayStation 3 edition owners will need to wait one week before they can get this patch on their console.

Even if 4J Studios didn’t give any news about this update coming to the Xbox 360 consoles, they announced on Monday that the new patch for Xbox 360 can already be downloaded. 4J Studios sent the update for certification to Microsoft and Sony. Sony told Minecraft developers that it won’t be implemented to PlayStation 3 until May 28.

Title Update 16 (TU16) comes with a bug fix for the open-world sandbox game, but it also brings the Candy Texture Pack and Natural Texture Pack to Minecraft: PlayStation 3 edition.

Here is the list of bug fixes that this patch comes with:

Anyway, 4J Studios seems to be focused more on the upcoming version of Minecraft, for the new generation consoles, PlayStation 4 and Xbox One.

Even if they said that the world size on the both of these consoles won’t be infinite, they are currently testing worlds that are 36 times larger than the PlayStation 3 and Xbox 360’s world’s sizes. They released some comparison screenshots that revealed the drawn distance improvement. 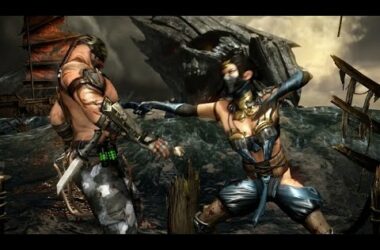 After many teasing messages on Ed Boon’s twitter (creator of Mortal Kombat series) account, we finally got a…