There has been a break in the frequent updates that 4J Studios usually provide and it is assumed that they are busy working on the Minecraft PS3 1.06 update.

The company is known for their constant tweets on their official Twitter account and the last piece of information that they revealed was the upcoming 1.06 update will have new texture and skin packs. The Xbox 360 console recently received The Amazing Spiderman skin pack which is available on the XBLA store right now. Based on this, it is assumed that the skin pack will soon make its way to Sony console. While fans were expecting more new updates, there was a surprise announcement from Mojang that confirmed that they are planning to release a retail boxed edition of the game.

The retail version is not only coming to the PS3 console but will soon make its way to the PS4 and the PS Vita consoles. The release date has been fixed on May 16th for the older generation console and with just two weeks to go, there is a high probability that the release will be done along with the 1.06 update. There are plenty of features that are still available only on the PC version that has to be ported to the console by the team at 4J Studios. They have been doing a great job ever since the game got launched last year and have also considerably reduced the gap between the updates that got released on the platform.

The development team 4J Studios announced earlier that they are planning to work on the next gen console platforms but they instead opted to focus on Minecraft PS3 edition before they moved on which is definitely a good move. They clarified in their Tweets that the team is busy building the 1.06 update as well as some mashup packs which are being designed by the designing team. It could be a short wait before the company decides to make some announcements and all you have to do is stay tuned to our page to get the latest updates.

While the Minecraft forum speculates some of the exciting features that players can look forward to with the 1.06 update, it is purely a fan’s perspective and there has been no official confirmation from the team yet. The release date for the retail edition is very close which could reveal more information and news related to the title. It has also been confirmed that the boxed version of Minecraft PS3 edition will only have 1.04 update bundled with it. Players will have to manually download the bug fixing patch update 1.05 separately and also the 1.06 update if it is already released on the platform. There will be huge space left out in the blu ray disc because of the small game size but the company didn’t confirm whether they will consider adding some special features and exclusive content to make the boxed edition worth collecting. 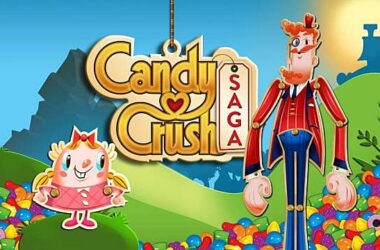