Mass Effect 4 is one of the most anticipated games of 2014.

Although there have been quite a lot of rumors and speculations about the game, the developers have announced that there is already a playable version of the game. With its release date speculated to be either in late 2014 or early 2015, it is almost undoubtedly certain that more information about the upcoming title will be released at the upcoming E3 2014 event. However, what exactly do the fans want to hear?

More of the Same Isn’t Bad

Even though people are always looking for innovation, especially in new titles, it will be a blessing for the fans if the gameplay of Mass Effect 4 is identical to its predecessors. BioWare have already managed to achieve a golden formula for a blend of addictive gameplay and compelling story. If they manage to deliver the same blend in the new upcoming title, satisfaction of fans is almost guaranteed.

Even though the worlds in Mass Effect 3 were pretty vast, especially in planets of lesser importance, the landscapes were getting pretty repetitive. In Mass Effect 4, the developers should definitely make even the planets that are less important unique and distinct in order to remove the monotonous factor. This will further enhance the gameplay experience, especially for the hardcore fans, who spend tons of hours exploring every corner of the in-game worlds.

Although this has been rumored for quite a while, no official word about multiple playable races has been mentioned from BioWare. However, if at E3 2014, they present Mass Effect 4, it will make the fans scream out their lungs in excitement. Even though in the previous game, you were able to customize your character, you are forced to play as a human. However, if in the new upcoming title you have the opportunity to play as a different race, the replay factor as well as the overall gameplay experience will definitely be enhanced.

Even though the first Mass Effect trilogy has offered the player a great experience, there are certain additions, which could further enhance on the already spectacular game. With E3 2014 just a few weeks away, all the rumors about Mass Effect 4 should be put to rest. Moreover, it is highly probable that a release date will be revealed at the event. 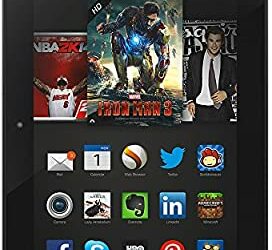 The Amazon Kindle Fire HDX 8.9 was released towards the end of 2013 as a successor to the…

Mozilla Firefox – The Top Features That Make It a Good Browser

When it comes to web browsers, it is important to choose the ones which will allow you to…