The iPhone 5s Touch ID and the Galaxy S5 Fingerprint Scanner are two remarkable gadgets that boast of an array amazing features. This debate compares the iPhone 5S and the Samsung Galaxy S5. They are two distinct gadgets from different manufacturers. The debate on which one is better features comparisons between the various applications between the two gadgets to determine which one is more effective. Comparisons and analyses mainly focus on the features and applications which are almost similar on both gadgets.Â

The Touch ID, as the iPhone 5S’s fingerprint scanner is called, took many people by surprise. Privacy concerns were raised and there were doubts on its standards. This is due to the difficulty that many people have so far had with the case of swiping their fingers on smartphones as a security measure. Many have gone back to using passwords on smartphones due to the fact that they would have to swipe their fingers many times before it works out. However, the Touch ID has worked brilliantly.

The fingerprint scanner in the Samsung Galaxy S5 is one of the latest flagships in Samsung. It does not quite work the same way the iPhone one does.

The iPhone 5S Touch ID enables you to access the Apple store alongside other applications without having to use your traditional Apple ID password. This makes it easy to buy and access apple applications.

Samsung has gone ahead to make it possible for you to even pay for items through your Paypal account using the fingerprint scanner. This makes it easy for you to pay for health and banking applications as all you have to do is simply swipe to get access to these important services.

Privacy Concerns of Touch ID and the Fingerprint Scanner

There is a huge difference between the fingerprint scanning technology and the traditional password-based way of protecting devices. Criminals have not yet focussed on finding ways into these devices because the bio-metric technology has not yet gone mainstream. Moreover, very few criminals would want to go through the trouble of lifting fingerprints of an iPhone 5S or a Galaxy S5 owner in order to find their way through these phones. The security of these two devices is therefore improved, as compared to their predecessors.

Both the two phones are high-end devices which go for a lot of money in the highly competitive market for smartphones. Comparing their features and applications alongside their hardware enables you to make a correct choice on the one that would serve you better. However, the functional aspect of the Galaxy S5 fingerprint scanner places it ahead of the iPhone 5S since you can purchase and pay through Paypal. The Touch ID on the other hand is slicker and provides a lot more ease in its access and usability. Ultimately it’s up to you to make your own mind up but we know which one we prefer! 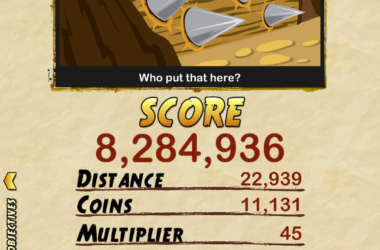 Temple Run 2 Cheats and Tricks – How to Prioritize Your Upgrades?

Temple Run 2 has been created by Imangi Studios. This game was released after the success of the… 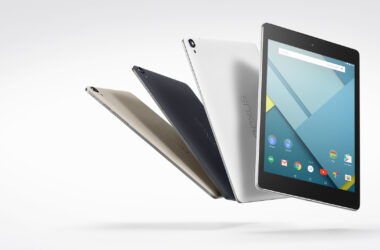 New reports are coming in, claiming that October 24 will mark the release of Google’s tablet device, the…

Adobe Corporation is suggesting to users to update their Flash Players as soon as possible, particularly those whose…