Apple’s new generation phones hit the market in quick progression which calls for a more keen comparison when choosing any new product.

The release of new iPad 2 with retina display, a year after the iPad mini, presented Apple’s upgrading prowess to enhance the features of the 2nd generation of Mini phones. Here is a comparison of the iPad Mini vs. iPad 2 retina display based on specifications, functionality and price:

Specifications – The first significant difference between these two gadgets is the new distinct retina display. The screen size and aspect ratios remain the same at 7.9 inches and 4:3 respectively, but the new iPad with retina display has a higher resolution of 2048×1536. This produces 326pixels per inch as compared to iPad Mini that has a resolution of 1024×768 (168 pixels per inch). This makes the new iPad clearer and more distinct.

The iPad mini uses iOS 6.1 and 6 with an A5 Apple system chip while the retina version uses iOS7. × and a superior A7 chip with the 64-bit-architecture. They both have Dual core processors1300MHz (graphic processor – PowerVR G6430) for retina and 1000MHz (graphic processor – PowerVR SGX543MP2) for Mini. iPad with retina also has a larger 1024 MB RAM as compared to Mini’s 512 MB although they all have inbuilt storage of 16GB. The iPad with retina display has higher versions with 32 and 128 GB worth of storage which is an advantage when operating much complex application. The batteries of these gadgets can not be replaced by the user and they both use Safari browser.

They both have frontal (1.2MP) and rare (5MP) cameras suitable for video conferencing and recording. The camcorder specifications is 1080p HD (1920×1080) (30fps) for both with digital image stabilization andF2.4 aperture sizes. The weight is slightly different with the retina version 341grams and iPad Mini 312grams.

Pros – both gadgets have very small attractive designs therefore easily portable. The dual cameras also allow frontal and rare capture which suite video conferencing. The iPad retina display has support for numerous applications from a variety of developers and they are cheaper compared to notebooks computers. They also have superior browsing and operating speeds due to the 64-bit CPU and the A7 chip from Apple.

Cons – the iPad retina display does not allow for expansion of the memory storage. The lighting cables are also incompatible with other devices and more expensive than before at around

There are a few significant differences when you compare the iPad Mini vs. iPad 2 retina display although some basics are the same. With the increased resolution, RAM and upgraded OS, the efficiency exhibited in iPad 2 retina display is worth the added dollars, although critics may wish for a bigger screen display for movie watching. The new device also offers many free apps as well as access to pages, Numbers, iPhoto, Garageband, iWork tribe and iMovie at no fee. The sizes of both devices allow easy portability, although the retina needs pockets a little deeper. 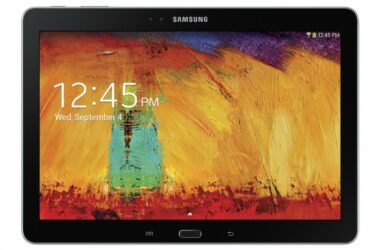