The high-end phones from Google and HTC have one thing in common and that is the ability to support high-quality imaging through the excellent cameras.

The smartphone cameras have evolved so much over the last few years that they are now capable of challenging the point-and-shoot digital cameras. In fact, the HTC One and other such phones appear to have taken the battle to the DSLR cameras with the amount of features they provide.

The Nexus 5 is a smartphone that is priced just below the high end phones like the Samsung Galaxy S5 and iPhone 5S. Despite this incredible pricing, Google is able to provide an eight megapixel camera in the Nexus 5. This eight-megapixel camera is far superior to the four ultra-pixels on the HTC One M8. This camera utilizes the same pixel technology as that of the HTC One. This came under criticism due to its ability to lose some of the detail when the pictures were cropped.

HTC, though, appears ready to persist with the technology as they have not made any substantial changes to the overall camera. It is actually a dual camera that uses the second lens to capture and add for a lot of detail to the picture. This is used if the user decides to take advantage of the several features introduced in the phone.

One of them is the ability to add a lot of depth in the picture if there is a clear subject in focus. The dual camera once again excels in this regard because unlike phones like the Samsung Galaxy S5, which rely upon the processing from the software, this device uses the dual camera to produce actual depth. This may not work great at times, but when the subject is clear, it can provide some outstanding results.

The Nexus 5 may not provide standard features like the dual camera, but it does offer the user with a stable eight megapixel unit that can take high-quality pictures. Color reproduction levels are not the best in the industry, but the excellent detail coupled with the ability to take quick photos for this camera as one of the finest in this price.

Shooting videos has become such an important aspect of high-end smartphones that both Nexus 5 and the HTC One M8 have taken this feature seriously. They both will be able to do full HD video recording at 60 frames per second. Being a slightly premium device, the HTC is capable of recording slow motion videos. Its slow motion video taking ability is limited to only around 60 frames per second, which is slightly slower than the other high-end phones in this category. Since the Nexus 5 lacks in this regard, the HTC One M8 takes a slight advantage.

This is also becoming an important feature given the growth of video calls. The 1.3 megapixel unit in the Nexus 5 is overshadowed substantially by the five megapixel unit on the HTC One M8. 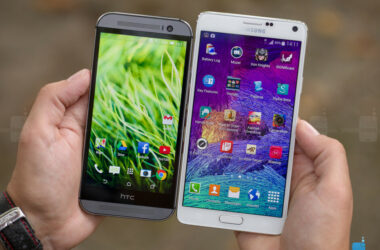 Samsung Galaxy Note 4 vs HTC One M8 – What Do You Really Want?

It is definitely challenging to decide on the right smartphone today. Every major player in this industry comes… 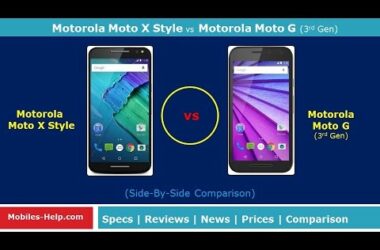 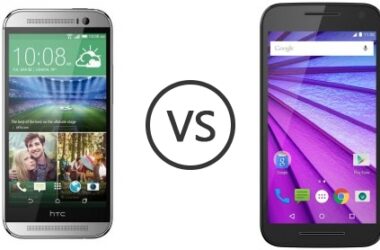