Halo 5 – Game Titles and Multi-Player Modes on the Way

Microsoft will bring New Games in the Halo Universe

According to reports released in the first week of May, there will be a new game in the Halo Franchise.

The developer, Microsoft, has already announced the launch of Halo 5. However, the developer is now looking to create a new team which will look after the launch of this new project. This speculation has been triggered by reports that Microsoft will not look for producers for a game that is already being produced.

According to the job postings, the producers will be a part of 343 Industries. This is the same team that is developing and working towards the launch of Halo 5. Further information in the listing also mentions that the franchise may be gearing towards annual title releases. Unconfirmed reports state that 343 Industries may be looking to release an anniversary version of the second version of the Halo franchise.

This version will be launched for the Xbox One platform and the fifth installment could be released in the year 2015. The above discussed new title could be released in 2016. This will help the team to fix and reduce the bugs related to the game. Microsoft has already stated that there will be some announcements related to the franchise at E3, 2014. Experts believe that the announcement to cover the above game titles will be mentioned. There could also be announcements regarding the plans concerning a movie and television shows based on the Halo franchise.

A quick look at the listings also indicates that 343 Industries is looking to add many more multi-player modes to the game. These modes will be added to the ones being used in the fourth version of the franchise. Developers are looking to achieve two main objectives. The first objective is to attract new and younger gamers to the Halo universe. The second objective is to keep their fan base happy and provide them with more and more options connected to game-play.

ES 2013 showed gamers a sneak preview of Halo 5. This preview was extremely popular and got fans eagerly anticipating the launch of the latest version. This only increased the expectation in the E3, 2014. Microsoft and 343 industries know that they had to replicate the excitement generated last year among its fans.

As informed, the company is looking at releasing a number of different titles to help maintain its foothold in the gaming industry. The titles will also help Microsoft show its fans that they have not forgotten about older versions in light of the anticipated launch of the newer versions.

As per the job posted by 343 Industries, the individual should have a clear and creative mind. Working as part of the team, the newly hired developers should also help add to the multi-player gaming experience. The listing also states that they are looking to develop a strong design team. 343 Industries also stated that designers should produce a high quality gaming experience through the launch of new gaming modules and titles. 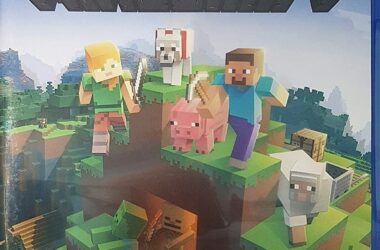 Minecraft PS4 is the 4th PlayStation version of Minecraft. It is being developed for Mojang by 4J Studios.…