GTA or Grand Theft Auto is an open world adventure video game full of action. The gaming world was taken to the heights with the GTA 5 or the Grand Theft Auto V release for consoles in September 2013.

It has sold more than 32.5 million copies for the Xbox 360 as well as the PS3 consoles from the time of the release. The game was launched in September 2013 on the PS3 and the Xbox 360. Being developed by Rockstar North, which is a Scotland based developer and it was published by Rockstar Games, which is NYC based. In 2012, it received the award for being the Most Anticipated Game and also the Game of the Year award in 2013 from the Golden Joystick Awards.

It has become very popular, but the fun is not yet over, as there is more excitement on the way. GTA will be releasing the GTA 5 for PC consoles as well in the near future. Everyone does not own an Xbox or a PlayStation, whereas PCs are more popular and easily accessible in all countries, so there is a great demand for the GTA V on the PC.

Same Versions as Xbox and PS

GTA is a little late in coming, when comparing the Xbox and the PlayStation, but the GTA will be released shortly. All the options that you find on the Xbox and the PlayStation versions will also be available in the GTA 5 for the PC. You will be playing in Los Santos, in the form of a criminal who wants to make money and escape from the law, playing one out of the three characters available.

There is a release date gap of about 216 days between the release of the GTA or Grand Theft Auto series, 5th installment, available for the Xbox 360 and the PS3 and its release for the PC and it is taking a long time to port this video game on the PC. Even GTA 4 had taken nearly the same number of days, where the PS3 versions as well s the Xbox 360 versions were released in April 2008 and the PC version came out only in December 2008, after a gap of 217 days of the launch of the console.

There is no official confirmation about the release date of the GTA V for the PC by the Rockstar Games, so it might be a longer gap between the console iteration and the computer iteration, though it is expected by the summer of 2014. The new version for the PC is expected to run better than the version for the Xbox 360 and the PS3. There will also be patches along with the DLC packs, which will be included for the discs.

Rockstar seems to be missing out on a huge market by not releasing the PC version in the same day as the consoles The PC crowd is very strong and gamers are ever ready and waiting to purchase the PC edition of the game. Many gamers sent petitions as well as emails for speeding up the process of the PC version. The game continues to shatter all records and is a resounding success and a defining game of the decade. It is indeed happy to note that all gamers can play it on their PCs or a system of their choice with the PC version of the Grand Theft Auto V. It is said that it will be released by June 13th for the PC as well as for the Xbox One and the PS4. 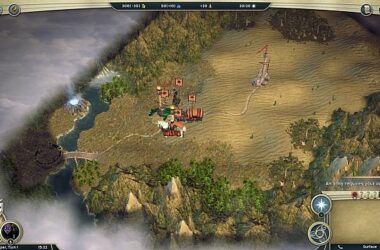