Ever since the release of the first GoPro camera, more and more adrenaline junkies have been jumping on the action video bandwagon. While GoPro has been the leader in the market for some time, now Sony wants a slice of the pie – and they are attempting to get it with the Sony HDR-AS15. Both cameras are of good quality and do essentially the same thing, so which one should you choose if you are on the hunt for the best action cam? Below is a description of the two, including a comparison to help you make your final decision.

With a smaller, sleeker package than the previous edition and the ability to capture video up to 1080p30, the GoPro HD Hero 3 White Edition packs quite a punch. It can also capture still photos with its 5 megapixel camera at the rate of three frames per second, and you can control it all by using a wireless Wi-Fi remote if you choose to purchase this accessory. The GoPro HD Hero 3 White Edition is waterproof, wearable, and compatible with all GoPro mounts.

The Sony HDR-AS15 is uber-compact, Wi-Fi compatible, and features wide angle Carl Zeiss optics for a crystal clear image every time. The 1920×1080 HD camera shoots up to 4x slow motion, and the Shake Control feature gives you more stability image-wise. You can even share your images easily using a tablet or phone. A universal tripod mount is included with the device.

The best way to compare these two cameras is by looking at the features side-by-side. In the list below, the GoPro HD Hero 3 White Edition details are listed first, and the Sony HDR-AS15 specs are second for easy comparison.

Starting with the controls, GoPro Hero 3 White Edition is the clear winner. It only has four buttons, making it super simple to use on the go. The Sony, by contrast, uses a complicated series of menus, which is particularly counter intuitive when used in the waterproof housing. The Hero 3 also has more and better accessories and compatibility, thanks to the fact that it has been on the market longer with two prior editions in its past. Another complaint that we have about the Sony is its weight; when you are flying around on a skateboard or skis, who wants extra weight strapped to their head? The GoPro Hero 3 is the winner overall in almost every category, particularly if you buy the pricier black version. You simply cannot go wrong with GoPro, thanks to the fact that it has been around in this market for much longer.

While both the Sony and the GoPro are great cameras, Sony just cannot catch the GoPro in terms of ease of use, features, and reputation. In the future, look for Sony to work out the bugs and make a camera that better matches what GoPro has to offer. 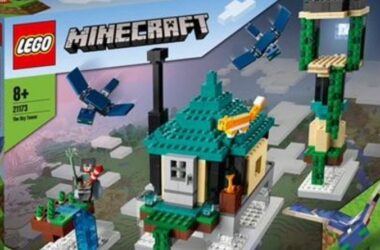 Minecraft Partners Up With Lego and Snapshot 14w30c is Released

Minecraft has quite a lot on its plate with all the platforms it has to keep under watch,…

One of the unique game play experiences with Subway Surfers is the virtual world tour trips. Subway surfers…