Google Nexus 5 vs Samsung Galaxy Note 3: Which Smartphone Would You Choose?

Nexus 5 finally was released and the fans are extremely happy because the device comes with outstanding features and specifications. The successor of LG Nexus 4 runs on the 4.4 KitKat operating system, which is the latest Android version. The device also comes with a separate GPU chip.

The phone can be bought from the Google Play Store at these following prices: 396 dollars for the 16 GB variant, while the 32 GB variant costs 430 dollars. Also, the phone comes in two versions: white and black. Google Nexus 5 is already available in countries like: the US, Canada, U.K., Germany, France, Italy, Spain, Australia, Japan and Korea, and from November, it will be available offline in the rest of Europe, in the Central/South Americas, the rest of the Asian countries, CIS and the Middle East.

Nexus 5 is a competitor for Galaxy Note 3, a phablet that was released in September 2013. The Galaxy Note 3 has two quad core processors and a more advanced camera, but the price of this device is extremely high – 548 dollars (the unlocked and international version), but with a two years contract, you can buy it at the price of 299 dollars.

Let’s compare the specifications and features of both phones:

Displays – The Samsung Galaxy Note 3 has an enormous display, which is a 5.7-inch Super AMOLED screen display. The Google Nexus 5 comes with a 4.95-inch Full HD display.

GPU – Both smartphones have Adreno 330 graphics

Operating systems – Both phones are Androids, only that the Samsung Galaxy Note 3 comes pre-installed with the 4.3 version of the Jelly Bean operating system, while the Google Nexus 5 has the latest Android OS version, the 4.4 KitKat. 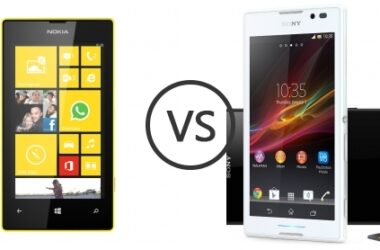 If you’re looking to buy a new smartphone, we brought to you two great options, which have been… 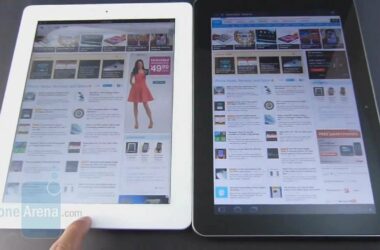