The Elder Scrolls Online is a massively multiplayer online game (MMO) from ZeniMax Online Studios. The story is set amidst a period of unrest as well as strife, where armies and dark spirits are seen in all corners of the Tamriel. The winters are very cold and the crops are failing, with many nightmares and predictions of doom.

Supernatural abominations start appearing everywhere with evil magic. Three armies take up their arms to fight against the Empire to take control of this Imperial City from these dark and evil forces.

ZeniMax Online released the Elder Scrolls Online on April 4th 2014 for the PC and for the Mac. The story begins in the Elder Scrolls universe and it takes place about 1000 years before the Skyrim events, when Tamriel is in complete chaos and there is no proper leadership.

Many races in the Tamriel provinces form alliances and start expanding their territory. The player is an adventurer, who gets his soul stolen by the Molag Bal, the Daedric Prince. The player has to fight in order to redeem his soul as well as bring order from the chaos in Tamriel.

ZeniMax Studios have fixed a lot of bugs and issues that have spoiled the gameplay for fans. Fans have been experiencing these bugs while they continued on the quests in the game. Many connection problems made it difficult to play the game smoothly.

The latest game update is able to fix these issues as well as problems connected with graphics, a memory leak in case of animations, along with another glitch where the werewolf continues to devour the same corpse several times. Many fans also requested solutions for bugs concerning the characters and powers and these have also been addressed with this latest update in May 2014.

There is also an additional option where resetting of the boss scene is allowed in case of character glitches or if the player is not able to continue in the game.

Future Updates – What you can expect?

The launch month is over and now Zenimax Online has accepted that there still remain some bugs and that they are attempting to fix these and promised that the game is going to get better week-by-week. Here’s what you could expect in the way of future updates. The system will be created in such a way that group players can view each other, though they may be in different phases.

A justice system is also to be introduced, where you can steal as well as kill the NPCs and face the results if caught. The European Megaserver is to be transferred to the European datacenter and the FOV or field of view will be adjusted. Other new additions include armor dyeing as well as tinting along with two Veteran dungeons.

The Craglom is a new region having the Serpent, which is a new trial. Players can also pick up more items and new storylines and quests have been added with the Dark Brotherhood and the Thieves Guild.

Plans for the Next Few Months

Now that more than a month has elapsed since the ESO launch, the ZeniMax Studios are planning to reduce the botting and the gold farming, as these detract the experience for players. A lot of work is also going on behind the scenes in order to keep the game fair and honest, so if players note any spamming or botting in the game, they are requested to report the same.

Bugs are being fixed as they are reported, but it is difficult to identify all the bugs before launching a game in a world as huge as the ESO, as it has different variations of the game.

With all these updates, fans can now play the game and explore the Elder Scroll Online world without any frustration and interruption. 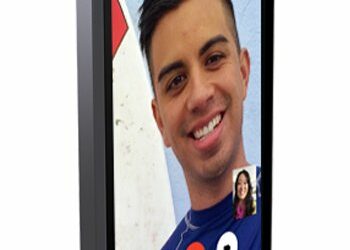 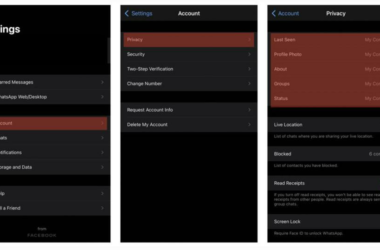 Important Privacy and Security Settings in WhatsApp That You Should Know