If you aren’t aware, E3 2014 is the biggest annual gaming entertainment expo held in Los Angelis.

Taking place between the 10th and 12th of June, the event will feature press conferences from some of the biggest names in the gaming industry. With hopes and expectations reaching a new high, it is certain that this year’s expo will be the true peak of next-gen gaming announcements. However, what exactly can a fan expect? Will Fallout 4 or Half Life 3 be unveiled? Read on to find out.

The Electronic Entertainment Expo 2014, also known as E3 2014 is the 20th edition of the annual exposition that is held in Los Angelis. Being the biggest video game industry trade show, it is held and presented by the Entertainment Software Association. Major exhibitions will include those of Nintendo, Sony and Microsoft, but other big names from the gaming industry will also be there, including Ubisoft and EA.

When will it take place?

This year, the E3 2014 will start on Tuesday, 10th of June at 12:00 PM EST and will end on the Thursday 12th of June at 5:00 PM EST. Although most time schedules for the press conferences of the biggest companies have been revealed, it is still uncertain as to what exactly will be presented at the exposition.

The most anticipated conference is probably the one that is to be held by Microsoft. Although it is a speculation, it is almost certain that the company will present new major Halo 5 teasers as well as more information about the upcoming release of the Xbox One without Kinect on the market. Other news from Microsoft should feature new upcoming next-gen titles. On the PlayStation front, on E3 2014, Sony is expected to present new information about Uncharted.

EA is also rumored to present a new Star Wars game, as well as the highly anticipated FIFA 15 and Battlefield 5 titles. However, the rumors don’t have any ground backing it up. Ubisoft will most likely give more information about their upcoming Assassin’s Creed Unity released, as well as new trailers and exciting news about Tom Clancy’s The Division.

Probably one of the most anticipated press conferences, E3 2014 is the one that will be held by Nintendo. As it has recently been announced that the company is currently working on a new console, people are expecting something new regarding it to be announced. Moreover, rumors surrounding Nintendo and their E3 2014 press conference are flying high as the company is currently in an ever declining pace, because of their Wii U console.

Although some fans have high expectations that either Half Life 3 or Fallout 4 will be presented in E3 2014 it is far more likely that no information about these yet unconfirmed titles will be released. The expo is coming up in just a few weeks, so it is certain that all the rumors, anticipation and questions will be answered shortly. 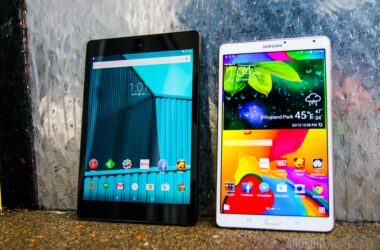 The Galaxy Tab S 8.4 is one of the two Tab S variants that were launched in June,…

Expected to be released later this year, Uncharted 4 is one of the most anticipated games for the…