Microsoft’s entry into the tablet industry has been delayed in comparison with the likes of Apple and Samsung, who were some of the front-runners in the nascent industry.

However, Microsoft has been making tablets for several decades – but not in the form that has become so popular now. The much awaited redesigned tablets from Microsoft have been entering the market only in the last few years.

Rather than tap just those looking for entertainment, Microsoft went big with the Surface Pro 2. This was a professional tablet offering incredible performance, while the Surface Pro 3 is set to be the replacement.

Microsoft has taken steps to ensure that the Surface Pro 2 retains the minimalistic look that has become a trademark of Microsoft tablets. Therefore, it features just two physical buttons – volume and power. The company has also against providing colors as part of the package. The details about the Surface Pro 3 are yet to be revealed, but it is highly anticipated that this tablet will not change much from the successful Surface Pro 2.

It comes with a very powerful Intel i5 processor. This mid-range unit was more than enough to run several powerful applications at once. However, it was definitely not the top dog within Intel’s own range of processors and Microsoft has decided to go big with the Surface Pro 3 in this regard as well. The upcoming flagship tablet is expected to arrive at the option of the i7 processor, which tops the range at Intel.

Storage capacity is also likely to be pumped up from the four different options that are currently available. Customers can go from a minimum capacity of 64 GB to a maximum of 512 GB depending upon the budget. There is expected to be a slight upgrade with the Surface Pro 3 supporting up to 1 TB of hard disk space. However, Microsoft may decide against this option in order to keep costs low. The Surface Pro 2 is available in two versions depending upon the RAM it provides.

The base 4 GB of RAM will be offered only in 64 GB and 128 GB of internal disk space, while the top end version will offer 8 GB RAM and better internal storage space as well.

Microsoft did extremely well to provide a 10.6 inch unit with a full HD resolution on the Surface Pro 2. The only way they could possibly improve this aspect on the Surface Pro 3 is by offering a 4K unit. According to the rumors, this is exactly what Microsoft is planning to do. Even though the upcoming model may not feature an increase in screen size, the new 4K technologies should definitely spice things up.

The Surface Pro 2 is definitely not a tablet for just entertainment purposes alone and with a starting price of $ 800, it is not likely to be considered one. The Surface Pro 3 is not expected to make this line up any cheaper, as it could be slightly higher than $ 900 when it is launched.

Subway Surfers – Tips and Tricks on How to Score More

In subway surfers, players take control of the role played by hooligan youths spraying graffiti over a metro… 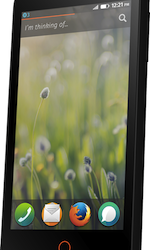