All the VoiP, Voice over Internet Protocol, services enable making and receiving voice calls through the use of an internet connection.

However, there are some major differences between the way other services offer it to you and the way Skype does. This will give you the information needed for trying out one service in preference of another. Skype is essentially being compared to other VoIP services, such as cable services and other phone services, as well as third party services, such as Vonage.

Setting up of the services will vary according to the particular service, with each of them having a different set up procedure. However, they all uniformly tend to take a few days to get activated. In addition, if you want to make changes with the service provider using the same number for a different service, the setting up process might even take up weeks. The device will first be sent to you and this will connect to the router at your home or office. You can connect this device to your cordless phone or corded phone.

Comparatively, Skype can be up and running in a few minutes. It only takes the time for downloading the application on your desktop and then installing it in Windows or Mac or Linus. After installation, you can quickly set up your free account. Skype calls are normally placed using the microphone and the speakers of the PC. However, this is not a limitation, and there are many phones that are Skype enabled and they work independently from a desktop. Some Wi-Fi phones or dual mode phones can also be used as your traditional landline as well as for Skype.

Most VoIP services charge a flat rate for placing unlimited number of calls. However, it has to be acceded that the cost of such calls is much lesser than the traditional phone calls. Many of the services will also ask you to commit for a longer period of time, say a year, especially as the rates for such longer commitment are lower.

Skype uses a very different type of pricing model, which is extremely inexpensive. You can make unlimited number of calls through the use of a Webcam to other people who are also on Skype, who are your Skype contacts. However, if you want to make calls from your Skype account to other landlines, you need to pay a small charge per minute, which is very nominal. You can pay per minute or you can pay a flat amount for unlimited number of calls. In order to receive calls from other Skype users on a conventional phone, you have to pay a small nominal amount for a year, with a lesser amount in case of Skype Pro users. However, you cannot transfer the existing number, but you can cancel the Pro service at any time.

Thus, though Skype uses the same technology as other VoIP services, the capabilities are better. It is easier, cheaper and more flexible for making calls. 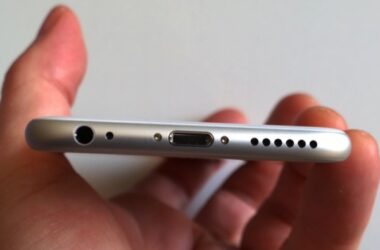 The Super-Thin iPhone 6 with an Audio Jack of Only 3.5 mm

New reports say that the new iPhone 6, which is going to be released on September 19, will…