We have seen Nikon 1 J3 released last year, and many of us have definitely appreciated the sleek and ingenious design of this camera. With Nikon’s latest announcement, we are now expecting a new, revolutionary mirrorless camera, which aims to be the best of its kind this year – the highly-controversial J4. Even though Nikon did not provide exact details regarding its release date, it is expected that Nikon 1 J4 will show up on the market later this year.

As Nikon has accustomed us over the past years, Nikon 1 J4, the last addition to the ever-popular Nikon 1 Jx series, is going to come along with interchangeable lens, which will allow individuals to cover a wider range of image-capture capabilities. As a consequence, they will be able to take better shots, and enjoy the possibility to use zoom lenses, so that any subject can be successfully shot closer.

Coming with 18.4-million pixels, the latest 4A image-processing engine and a high-speed AF sensor, Nikon 1 J4 offers the excellent possibility to get an excelling image quality, alongside with perfect sharpness and plenty of settings for the depth of field. Consequently, the shots will have very much detail, and there will be a very wide range of sensitivities, ranging from ISO 100 to 12800. The camera also features a noise-reduction capacity that aims to eliminate noise, and it comes with a new capability for rapid continuous shooting – Active Selection. This ensures you that 20 frames will be recorded at fast speed shortly once the shutter-release is fully pressed.

Nikon 1 J4 will feature 105 densely-arranged focus points, coming with phase-detection AF, as well as another 171 focus points, this time with contrast-detect AF. As a result, photographers will be able to shoot the intended subject while keeping a greater coverage over a wider range of the shooting frame. With its 1920 x 1080/60 pixels full-HD movie recording capability, this mirrorless camera can help individuals record up to 10 minutes in length. Moreover, Nikon has enhanced this new camera with electronic vibration reduction function that can help you avoid camera shake that is usually common when attempting to record a movie.

Unfortunately, Nikon has refused to provide the release date of its new mirrorless camera, the J4. The only information we have at this time is that the camera will be released later in 2014, perhaps in June or July, even though some sources are saying that it will be released in September. We only have to wait and see, as Nikon will not disappoint us for sure.

We should expect Nikon 1 J4 to be retailed at over $400 once it is released, exactly as some other cameras from the same line. In six or twelve months, though, the price should decrease radically, which will enable all individuals to successfully afford it without problems.

One thing that is sure about Nikon 1 J4 – the image quality of this mirrorless camera will be so much better than expected, which will make it an excellent acquisition for all photographers who want to take their skills to new heights. 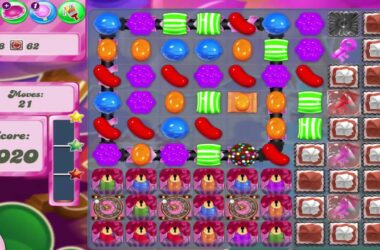 Candy Crush Saga Will Destroy You

If you’re a daily Google Play Store user, we’ll share with you some tricks and tips to make…