Looking to buy the Google Nexus?

Some people are confused as to whether they should upgrade their choice and settle for Nexus 5 rather than 4. If you too are contemplating the same, here are some details to get you sorted.

When you are comparing two models, the external appearances will play a huge role. We all love to have a phone that looks brilliant and Nexus is one of those series of phone that are known for their crisp and powerful designing.

Nexus 5 has managed to accumulate a lot of praise for its brilliant resolution of the phone as the pictures will really jump to life. If you love a bright and eclectic display, you are going to love Nexus 5.

If you are worried about the processor and the operation speed of the phone, it pays to know that Nexus 5 will emerge as the winning choice. Nexus 5 comes with 2.26 GigaHertz snapdragon 800 quad core Qualcomm processor. The only dismal point is the RAM, which is still 2 GigaBytes. If the RAM could have been upgraded, Nexus 5 would have become one of the fastest phones that users would have loved to use.

While the 2GB of RAM isn’t bad, it leaves scope for some kind of improvement. In comparison, Nexus 4 fails to impress the audience as it comes with a 1.5 GigaHertz snapdragon S4 pro quad core Qualcomm processor. The RAM offered is pretty decent as 2 GigaByte RAM should be good enough for you.

If you are a photo freak, you need to keep an eye on the camera because no one wants to use a phone that doesn’t come with an impressive camera. Almost all models of the Nexus series have received complaints regarding the camera. While Nexus 5 brings in some improvement, it isn’t anywhere near what people are expecting from it. If you are buying Nexus, it looks like you will have to compromise with the camera. It isn’t bad, but do not expect an extraordinary performance either.

While Nexus 4 was launched for £239 for the 8 GB version, the price was slashed to £159 later on. Nexus 5 is pretty expensive in comparison as the price would be in the vicinity of £299. If you have money to spare, the Nexus 5 is definitely a smarter choice for you.

Nexus 4 isn’t necessarily bad, but it is Nexus 5 that will win the race. If you are hungry for the better model, go ahead and buy a Nexus 5.

WhatsApp keeps on launching new updates from time to time. When WhatsApp version 2.11.662 was rolled out, there…

Mass Effect 4 is one of the most anticipated games of 2014. Although there have been quite a… 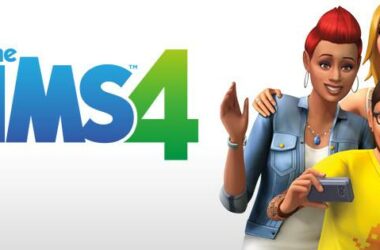 Whenever a product gets rated by a country, whether it is a movie, game or book, you can…