The Nexus 4 first witnessed the shift in the role of manufacturing the Nexus phone shift towards LG rather than Samsung, which had manufactured in the previous two versions.

HTC was the first manufacturer to come up with the Nexus phone along with Google. However, LG has taken most of the plaudits for the way they have turned the Nexus range into a successful venture. It was largely based on the model, which did not do too well for LG themselves.

Apart from coming out with a very popular device in the form of Nexus 4, LG has managed to build on the success with its Nexus 5. This device came out only in November 2013 and it will replace the previous version, which came out in 2012.

The screen has become such a major tool for manufacturers to focus in terms of not only product development, but also marketing. The 4.3 display is seen as too small in this era and the Nexus 5 rectifies this problem with a 4.95 inch display. The Nexus 4 came with a 4.7 inch unit, which offered a 720p display. The new phone also ups the ante in this regard as well by providing full HD resolution.

LG has managed to introduce the IPS panel in most of its high end smartphones and this is the case once again with the Nexus series. It gets the True HD IPS+ technology to bring out the best in the screen.

In order to protect the screen, the device employs the next gen of the Corning Gorilla Glass.

The Nexus 4 came out at a time when mobile phones were just starting to embrace the full HD videos on a regular basis. Now that it has become standard, there is a need for more memory. This has been taken care of by offering two options of internal memory – 16 GB and 32 GB. Since both Nexus phones from LG will not support external memory cards, the presence of good internal memory options is vital.

The Nexus 4 was one of the phones that set a standard with regards to connectivity features. The Nexus 5 has upped the ante by offering a range of connectivity options like Bluetooth 4.0, Wi-Fi direct, dual band, DLNA, Wi-Fi hotspot and micro USB 2.0. Both phones offer support to up to 42 MB per second of download speeds.

Nexus 4 already had one of the capable cameras in the industry and it just got better by the addition of a couple of features. The 8-megapixel unit will now support features like optical image stabilization and dual recording to take advantage of the front facing 1.3 megapixel camera. Both the Nexus 4 and 5 provide full HD video recording as standard.

Since it has just been replaced by the Nexus 5 as the flagship, the Nexus 4 will cost only around $ 390 for the 8 GB without contracts. The flagship Nexus 5 retails at around $ 460 for the 32 GB version.

For those who may still not be familiar with the service, Instagram is a video and photo sharing…

Today we are comparing Xiaomi’s flagship handset, the Mi4, and HTC’s own flagship smartphone, the One M8. Let’s… 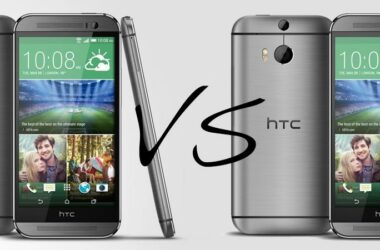 You’ve already seen the HTC One M8 which is bundled with the Android operating system, but HTC has…