Also known as cannabis, marijuana is one of the widely used drugs. In America, it is reported to be the third most used drug after alcohol and tobacco and is consumed by more than 100 million Americans. There are some strict rules that prohibit people from illegally using this drug, still, there is no count of the number of drug addicts who smoke marijuana day in and day out.

The main question regarding marijuana remains how safe it is for use. There are two sides to the story as some people find marijuana to have far reaching medical benefits, while others believe it to be the cause of addiction.

What Is Marijuana Made Of?

It is essentially a part of the hemp plant. The primary active chemical that is responsible for giving marijuana its characteristic properties is THC. The kind of potency that this drug has depends upon the amount of THC that is contained in it.

The Effect of Marijuana on Brain

Marijuana is a psychoactive drug that has physiological effects. Those who consume marijuana are known to experience the feeling of euphoria and even heightened mood as well. The central nervous system may not function in an extremely coordinated manner as a person can lose track of his senses and may not be able to have coordinated body movements.

However, this isn’t all, because there are positive benefits too. Those who are suffering from acute pain can benefit from the use of marijuana too as it pacifies the pain receptors and your brain will not be able to sense the strong pain which you may otherwise feel. Marijuana can be of use as an analgesic as it kills the ability of the brain to coordinate the different movements and sends the right signals.

Marijuana is regarded to be one of the best drugs as far as treatment of neuropathic pain is concerned because it can give considerable relief from nerve pains.

When we are discussing the main problems that marijuana has on the health, it is important to mention the drug dependency symptoms. When people get addicted to the use of drug, it can be hard for them to break free of the addiction. The withdrawal symptoms of marijuana can be very striking and it can be tough on the addicts. Apart from this, the body may develop a plethora of other problems too. A few studies have linked marijuana with possible problems of heart failure as it is said to have an impact on the performance of the heart muscles.

It can also impair your general senses and render the body weak. Marijuana does seem to have medical benefits and it is used very often in drugs. However, the potency of marijuana and the amount of drug that is used is an extremely important factor which most addicts tend to miss. If you are opting for an overdose of this drug, it will hamper your health and leave you useless.

The fact that hurts the most is the lack of ample scientific evidence. The dispute is open to both parties and it is hard to pick one among them. Unless we have the right amount of data and statistics to back the claim, it is wrong to either write off the drug or to endorse its heavy usage. Marijuana is a drug that seems to have both positive and negative effects and it is only with regulated use that we can make the most out of it. Unless we get hold of some of the important data, we should not allow free use of this drug lest it creates havoc in the health of the addicts. 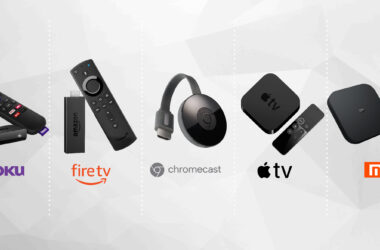