It’s very easy to feel overwhelmed and confused when facing a choice of your chatting program or mobile app.

New ones keep appearing and old ones are constantly getting updated, but the questions still remains: what to choose? How can you tell which one is the best for you?

The choice is not an easy one at all and revolves around several factors, all of which require careful consideration. The first and the most important factor is the availability of a certain chatting program for a platform your friends are using. In other words, is it possible to contact people who don’t use the same platform you’re using with the app in question? If the answer the no, then it probably isn’t the best choice for you. Another important question you should answer is: what’s your favorite mode of communication? For example, some programs don’t support video chat, so if that’s your priority, you should be aware of what a program can or can’t do.

Google Hangouts Is a Well-Rounded Product to Everyone’s Liking

What originally started as a feature of the Google Plus social network now has a life of its own. Thankfully, there are very few concerns about compatibility between different platforms when it comes to Google Hangouts due to the ingenuity and forward thinking of Google’s engineers. On the PC, Google Hangouts is integrated with the Google Chrome browser and you do not require any additional setup other than downloading the Hangout extension. After that, once you’re linked with your Gmail account, you can start using it right away.

On the Android and iOS devices, Google Hangouts is no more complicated to install and use. Its intuitive and clean design means you won’t have to adapt or read tutorials to use all the functions. Having a Gmail account is still required for some functions such as sending images, but it’s a given, seeing as how Google usually combines its products with its services.

Group Video Chatting Is Just a Click or a Tap Away

As a messaging app, Google Hangouts is nothing special. In fact, its notifications can be described as intrusive since there is no definite way of turning them off. If you have a habit of sending quick successive short messages, notifications can become quite frustrating to deal with. There is a “snooze” function, but it doesn’t actually solve this problem, it feels more like a workaround than anything else. There is also no way to set a “busy” or “offline” status of any kind.

But where Google Hangouts really shines is its group video chat function, which exists in Skype, but is it is available only to paying members, while Google Hangouts is free. It’s really easy to invite up to 10 people to a private session (the titular “Hangout”). This session then gets assigned a unique address that can be easily shared and it serves as an invitation. Once the group is all set up, the selected video is synchronized between everyone in the Hangout, which makes it a perfect application for watching educational or instructional videos.

Many people are satisfied with the Google Talk service. And that’s great. Google Talk is indeed a great app. But did you know that Google has created an update for it already? Despite its publicity, many are still glued to their Google Talk apps. Maybe it’s just because it’s really difficult to part with something that you have gotten used to.

But in case you wanted to try the update, it’s very easy. If you are on your Gmail account (where you can also use Talk), just click on your picture and hit “Update to Hangouts” in the options. This will take a couple of minutes. And then you’ll have the new thing. Hangouts is great because it has a lot of amazing features and it has an improved user interface too.

While there are reviews about Watch Dogs in every corner of the internet, there’s more criticism on the… 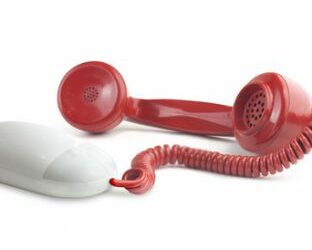 With Skype You Pay Less for Long Distance Calls

Skype is a wonderful innovation by Microsoft that is used to make calls with both computers and smartphones.…