In the past, it did not matter much which browser you made use of for your device and one just made use of the system default one, but today, browsers form an integral aspect of browsing.

The most popular browsers today are the Google Chrome and Mozilla Firefox. Most developers use Chrome for their primary browser, not only for developing but also for testing and for their personal use.

Google has put in a lot of effort in making Chrome look polished when compared to the usual browser, thereby offering an out of the box experience. On the other hand, Firefox gives you more customizing options and better control on how it operates or looks. Chrome has many cool features, such as shortcuts for apps and some packaged applications and is more mature. Firefox is slow and clunky, but it enables tweaking, though it is limited in features. Chrome is rather like the iOS, superb but with limitations, whereas Firefox is like Android, and will allow you to tweak it.

Chrome does have a few extensions, but the Firefox has more of them and these extensions are also more capable. Firefox also offers greater security features and smoothness of working. Firefox is very suitable for the power user, as it offers several extensions and tabs, whereas Chrome is more useful for the average user, who merely wants a couple of tabs open and does not need any extension. Firefox offers greater control of even the smallest details.

Chrome is able to synchronize almost everything that the user does in the browser, so it is possible to log into either a desktop or a mobile device and then pick up on the other device wherever you left. This is true if you use Chrome in all the devices you use. Chrome offers good sync with Android devices and the desktop. Of course, Firefox is also quite fast on mobile devices with good plugins, but the Chrome version for PCs is much better than the Firefox version for Desktop, on account of the sync capabilities.

Many users feel that Firefox offers better privacy and security features. Firefox goes to great lengths in order to protect user data. However, there are others who claim that the out of the box Chrome can offer more security features than Firefox, on account of the Sandboxing model, but this makes Chrome bad in memory usage. The password manager in Chrome is insecure and you need to use a third party option. It is accepted that Google can derive certain benefits by collecting your data, whereas Firefox has nothing to gain.

Both Chrome and Mozilla Firefox crash quite often. However, many users complain that Chrome eats up too much memory for an equal number of open tabs, as compared to Firefox. In addition, Firefox is always able to recover the previous session even after crashing, whereas Chrome does not easily restore sessions. In actual fact, both the browsers have their issues especially if you open too many tabs in them, particularly if you are working on a laptop, which has lower power. It is important to manage your tabs effectively instead of complaining about either of the browsers. It is better to close tabs and use an extension if you want help.

The extensions offered by Firefox are so powerful that it is surely superior in this category. But if you are an inexperienced user and would not like to customize the browser, it is better to opt for Chrome. In addition, both the browsers are far better than Internet Explorer and offer great experiences, compared to how bad things used to be with the previous standard Internet Explorer. 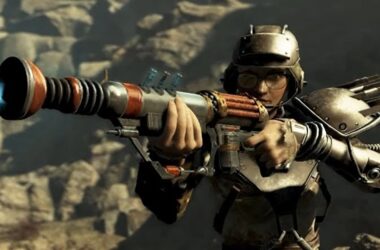 If there is one thing Bethesda Gaming has done well so far, it is to stay mum about… 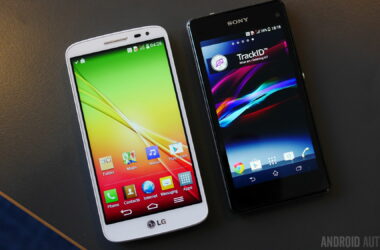 Today, we’re going to compare two “brothers” from LG – the G2 and the G2 Mini, and very…