Apple and Google have been waging a war in several segments like mobile phones and operating systems.

Their breakthrough into several technological devices that are being used on a daily basis has been tremendous, but it is set to extend to the streaming products that the companies launched recently. Apple came out with the Apple TV, while Google came out with Chromecast.

Wearable gadgets like Google Glass and iWatch may take a while before they get accepted by the public on a wide scale, but it will not be long before Chromecast and Apple TV become popular given the features that they offer.

Both these products not only makes it possible for you to enjoy the TV content on a smartphone, but it is now possible to use projectors and large TVs as well.

The Apple TV as usual comes with support for all the different versions of Apple’s operating system. It is ideal for those who have a lot of Apple gadgets at home, but it may not be the best solution for all others. Apple TV currently comes with support only for the likes of Mac OS X and iOS devices. This is a place where Chromecast takes advantage over its rival by supporting a plethora of platforms.

It covers everything from android to windows operating systems with ease. However, Apple TV does not also support the streamed content from Google devices like a smartphone. Both gadgets, however, do not offer support to the latest Windows Phone 8 operating system.

Apple CEO Tim Cook was recently describing Apple TV as the ultimate Hobby box. It may be true in certain cases because this device comes with support for all the major apps like Netflix, HBO Go, and YouTube. It is also able to pick up all the iTunes stuff as well. Content is available for almost all age groups with kids catered with the apps like Disney Channel and Disney Junior. Sports fans also have a lot of options with the likes of ESPN and NBA watching capabilities.

Chromecast also offers several such apps, but it is grossly inefficient when compared with the Apple TV. Netflix, Play Music, and YouTube are some of the apps that are available, but most of them are owned by Google themselves. Still, they have been comprehensive on several smartphones and most basic users will be satisfied with them.

Chromecast is starting to make a difference by agreeing with several content providers to host their apps.

The Apple TV may excel in terms of app availability, but Google has made the Chromecast’s streaming service extremely easy-to-use. Once the connection is established, the content is streamed quite easily without any disturbance from the main device.

Apple TV, however, gets back the advantage with the screen mirroring service, which works seamlessly by mirroring the content on a large TV. Chromecast, on the other hand, is able to mirror only a single tab from the browser. This limited functionality could hurt the user experience on several fronts.

Chromecast, though, rules ahead in terms of value for money at just $35, while the Apple TV retails at $99.

More than 90 million self-portrait pictures on Instagram currently hold the hashtag #me. It is the third most… 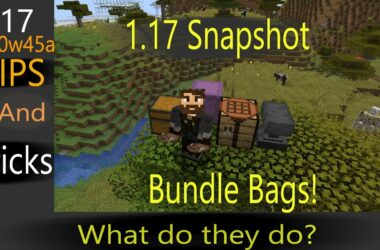 Minecraft – Latest Update – Bringing in a New Bag of Tricks

The Minecraft mania does not show any sign of slowing down in the near future. There are more…