April 15, 2014, marked the one-year anniversary of the terrible and deadly bombings of the Boston Marathon.

The day was one of mixed emotions, with athletes, first responders, survivors, and family members coming together to honor the lost and stand strong together. Approximately 2500 people united at the Hynes Convention Center to reflect on the somber occasion, including the families of the three whose lives were tragically taken and Vice President Joe Biden.

On the day of the annual Boston Marathon in 2013 just before 3:00 P.M. local time, two bombs were set off near the finish line a mere 12 seconds apart, killing three people and injuring more than 250. First responders and bystanders immediately rushed to the aid of the injured, and a massive manhunt for the perpetrators immediately ensued. Four days later, one of the bombers, Tamerlan Tsarnaev was wounded in a firefight with police, and his brother, Dzhokhar Tsarnaev, killed him by running him over with his getaway car. Dzhokhar Tsarnaev was later apprehended after police received a tip from a member of the public.

Sadly, three spectators perished as a result of the Boston Marathon bombings, including 8-year-old Martin Richard. The other two victims, Boston University student Lu Lingzi and restaurant manager Krystle Campbell, were young women in their 20s. An MIT police officer, Sean Collier, died on April 18, 2013, following gunshots at the hands of the bombers. The list of physical injuries as a result of the bombings was extensive, and at least 16 survivors lost limbs due to their wounds. Doctors reported removing metal pellets and nails that were used as shrapnel to inflict injuries on the crowd.

Although that dark day in April was one of the worst in Boston’s history, the city has come back from it stronger and more unified. “Boston Strong” merchandise sold off the shelves as a symbol of the heart of the community. In 2014, one year after the bombings, 36,000 runners ran the marathon – 9,000 more than had done so the year before. A number of tributes in honor of the victims took place, including a moment of silence at exactly 2:49 P.M. and a pregame ceremony at the Red Sox game. Everyone seems determined to move on defiantly while reflecting on the past with compassion for all who were affected.

One year after the bombings that shook Boston to its core, the lone surviving perpetrator, Dzhokhar Tsarnaev, remains imprisoned in a federal prison, awaiting his November 2014 trial date. Over half of the 30 charges against him carry the possibility of the death penalty, which he will face despite the fact that Massachusetts does not have a state death penalty. Tsarnaev has plead not guilty to all charges, and his defense attorneys claim that he was under the control of his extremist older brother at the time of the attack.

As more than a million bystanders cheered on the 36,000 runners of the 2014 Boston Marathon, some of the injured picked up where they left off in the race, completing what was started one year ago. For so many, the running of this year’s marathon marked a welcome end to a year-long nightmare, and it gave some closure to see that the show did, in fact, go on. Gone are the makeshift memorials, the scattered debris, and the crime scene tape. In their place this year were happy faces, cheering crowds, and proof that the marathon is and will continue to be Boston Strong. 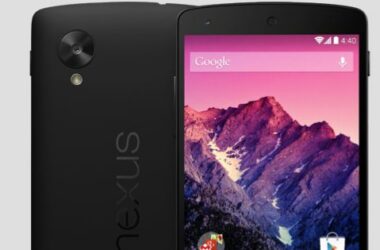 Table of Contents Hide HTC One vs Nexus 5 vs LG G2 vs Samsung Galaxy S4 : ScreenHTC…