Ever since mobile phones appeared, there was a growing rift between them and desktop computers.

We can definitely say that mobile phones and desktop or laptop computers have separate functionalities and they are meant to be used differently. For example, phones are mainly meant for direct communication such as calling and text messaging. However, as time passed, phones developed computer capabilities as well. And because of this, more and more people are now using their phones the way they would also use their laptop computers. Of course not all the functions in a laptop can be found in a smartphone, but they are starting to have more and more in common.

Mobile phones give unrivaled mobility but are limited in power because of how quickly their battery drains under intense tasks. On the other hand, PCs have superior processing power and no concerns about battery life but they can’t actually be lugged around. There doesn’t seem to be a middle ground, does it? If only there was a way to somehow use a phone on a PC …

Luckily, there is, thanks to industrious inventors. Besides plain old connection programs, which allow you to exchange data with your phone, there is now something completely new on offer: emulators. What started as an obscure niche of applications for developers to test out their apps on the PC has turned into a fully fledged market of its own. They work by essentially telling the PC to dedicate a portion of its resources and pretend it’s something else. In this way, you can have all the apps you want, while still using your keyboard, mouse and monitor.

There are already several emulators but the most prominent one is called BlueStacks. It’s available for Windows 7/8/XP/Vista and Mac OSX and comes with over 20 preinstalled apps. The latest stable version is 0.8.8 and is free to download and use, at least for now. Bluestacks is still in beta version, so you can expect some issues. Two most notable ones are zooming (pinching emulation doesn’t work properly every time) and pixelated display (expected when small resolution image is stretched over a TV or monitor).

Despite all troubles the Android emulator scene has, it still garners the attention of enthusiasts. Sadly, BlueStacks is scheduled to stop being free once it leaves beta status, so make sure to download and try it while you still can. Alternatives to BlueStacks are You Wave, GenyMotion, Windows Android, Windroy, and Google Android development kit. Each of these has its own advantages, but most importantly, they’re all free.

Use WhatsApp and Viber on Your PC

There is more to Android emulators on PC than just messing around with games, though. If you want to, you can add a bunch of awesome functionality to your computer. Viber or WhatsApp are definitely a great choice for free messaging or voice calls. This does require a bit of know-how, but there is a lot of great tutorials about it online.

The easiest way to download Android apps is through the Google Play’s store. This will require you to log into a Google account, but if you don’t want to or can’t do it, there are workarounds. It’s possible to download apps as individual .APK package and install them manually. Though this sounds intimidating, it’s actually quite simple. If you’re hooked on the whole “Android on PC” idea, you can even buy dedicated hardware, one of those being Asus Transformer Trio. It’s certainly an interesting trend, but whether it catches on and we get a truly multi platform movement in the future remains to be seen. 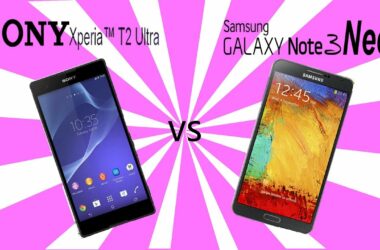 Your computer, laptop, or tablets are prone to damage or crash. For this reason, you need to download…